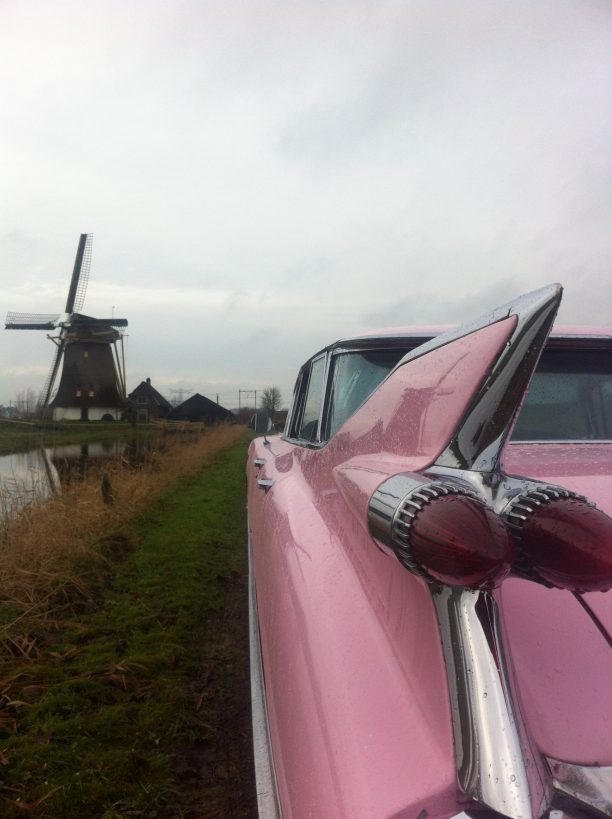 Ha, gotcha! This one is not for sale..

Like almost every car lover, Oliver also has a list of dream cars. On that list was the 1959 Cadillac Sedan deville Flattop. He really liked the Flattop model because you don’t see them very often.

In 2013 his dream became reality when he bought this pink ship. He just had to have it.